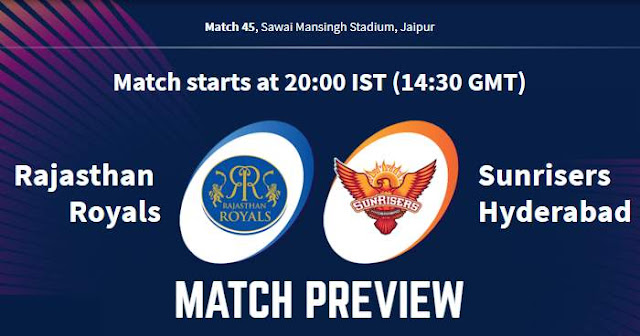 It will be a hot day in Jaipur, with temperature touching 42°C during the day. Match hours will witness the temperature above 35°C with humidity below 10%.

It's a surface that offers some grass and some dryness. From one end, there is a good covering of grass and the seamers should bowl from this end. The other part of the surface is drier and could bring the spinners into play, especially with the big dimensions of the ground also aiding them.

Jofra Archer and Ben Stokes are back to England. Ashton Turner and Liam Livingstone will be replacing them for Rajasthan Royals.

With 10 games against each other Rajasthan Royals have won 4 matches and Sunrisers Hyderabad have won 6 matches.