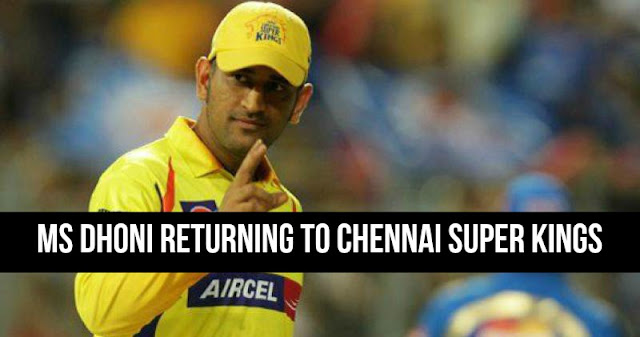 Chennai Super Kings (CSK) and Rajasthan Royal (RR) are returning back after the suspension of two years. In IPL Governing council meeting today it was proposed that the players of Rising Pune Supergiants (RPS) and Gujarat Lions (GL) may be allowed to retain by CSK and RR. This means Mahendra Singh Dhoni will be automatically retained by the Chennai Super Kings and not go for IPL 2018 auction.

IPL Governing Council member said after the meeting on Tuesday,


We are going to propose minimum 3 retentions --1 Indian and 2 foreigners. The players, who played for Pune and Gujarat in last two years can be retained by Chennai Super Kings and Rajasthan Royals. We will place it in front of owners during the workshop next month.

When IPL Chairman Rajiv Shukla was asked regarding this he said that “total retentions including Right To Match (RTM) could be anything between three to five, depending upon what majority of the franchises agree.”