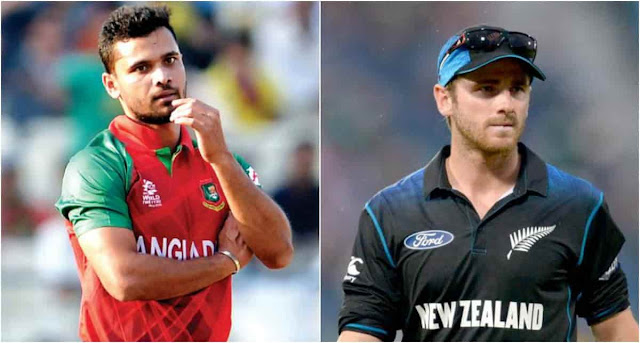 9th Match of ICC Champions Trophy 2017 will be played between Bangladesh and New Zealand on 9th June at Sophia Gardens, Cardiff. A couple of morning shower is forecasted on the day, but there will be rain threats over the match. Mach will be played on the fresh turf with grass on it. Pitch is expected to be slow as seen in previous matches.


Both the teams are with one win and a no result and they desperately needed the win. Bangladesh is however lucky to survive as now, thank to rain as they had almost lost their last game against Australia but the match ended in a tie/no result. While New Zealand is a bit unlucky, in their first match against Australia they New Zealand were in better position when the match was washed out due to rain.

In last six matches, New Zealand had won five of them and Bangladesh ended with one and the recent one at Dublin. Both the teams are likely to go with the same playing XI in this match.