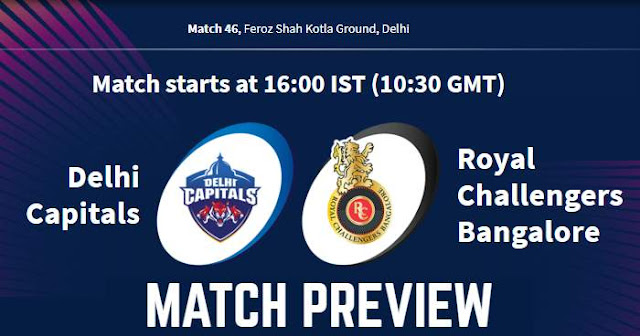 It will be a hot day in Delhi with temperature touching 43°C during the day and humidity around 15% during match hours.

No grass at all on it. The Super Over game saw a 180-plus match and the average first innings score has been 177 over the years. The pitch generally is skiddy in the first 10 overs before it starts slowing down but in the last three matches, the pitch was a parchment of brown and beige. The low scoring game will be seen.

Delhi Capitals will be including Sandeep Lamichhane in place of Chris Morris looking at the Kotla pitch and his performance here.

Royal Challengers Bangalore will have several choices to make as Moeen Ali left for South Africa. Shimron Hetmyer will be included in Moeen Ali place and Shivam Dube will be coming in place of Akshdeep Nath.