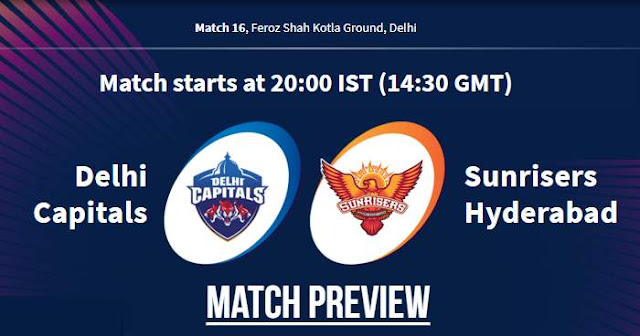 As far as the weather is concerned it will be below 32°C during match hours with dew later in the match.

This will be the third match at Feroz Shah Kotla, Delhi in IPL 2019. In the last match, played here between Delhi Capitals and Kolkata Knight Riders it behaved as typical Feroz Shah Kotla’s pitch, slowed through the match. The match will be not a high scoring but it will be a perfect battle between bowlers and batsmen on this pitch.

Looking at the Delhi's pitch Amit Mishra will be back and replacing Avesh Khan and also Axar Patel will be replacing Harshal Patel.

Sunrisers Hyderabad will be again led by Kane Williamson which would send Deepak Hooda back to the bench. While David Warner is fit to play after his injured finger during RCB match.