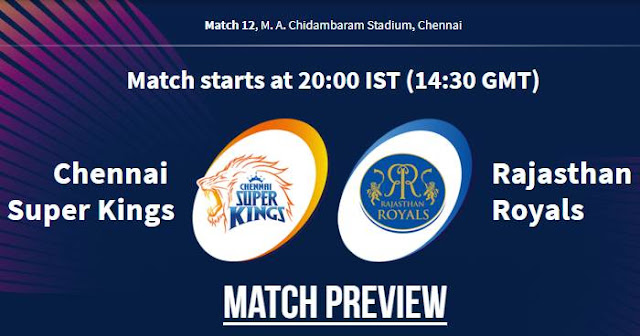 As far as weather is concerned, the temperature will be around 30°C with humidity above 65% touching 75%.

This pitch looks very dry and it might be helpful for the spinners. There is a small covering of grass but that is there to hold the wicket together. Dew might come in late.

Rajasthan Royals are also likely to play with same playing XI despite some problems in bowling unit.

Chennai Super Kings (CSK) and Rajasthan Royals (RR) have played 19 matches against each other in Indian Premier League.

Out of 19 encounters in IPL, Chennai Super Kings have won 12 times and Rajasthan Royals have won 7 matches.