When And Where To Watch, IPL 2018 Auction, Live Coverage on TV, Live Streaming Online 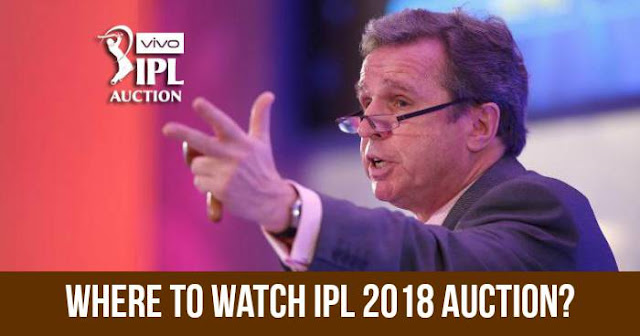 The extravaganza that is the Indian Premier League (IPL) for the 11th edition (IPL 2018) gets underway on the pitch on April 7 in Mumbai. But before that IPL 2018 mega Auction is to be held on 27 and 28 January in Bangalore.


This will be one of the biggest IPL Auction after at first IPL Auction in 2008. After the retention franchises have started forming their option for the team which will lead them to the championship.

What time does IPL 2018 Auction start?

Where is the IPL Auction 2018 being held?

IPL 2018 Auction will be held at the Ritz-Carlton Hotel, Bangalore.

IPL 2018 Auction can be watched online at Hotstar.