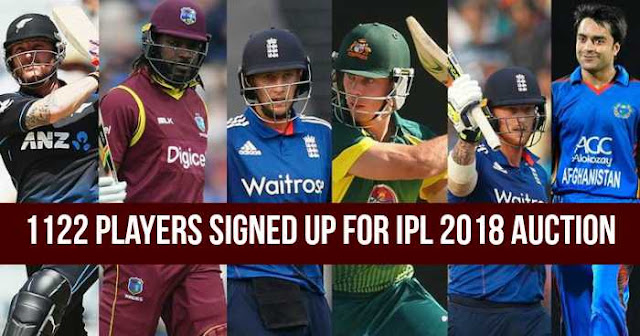 Auction for the 11th season of Indian Premier League (IPL 2018) has to be held on 27 and 28 January and a total of 1122 players has been registered for the mega-auction as announced by the Board of Control for Cricket in India (BCCI) on Saturday, 13 January. January 12 was the last date for the player registration for the auction.

Prithvi Shaw, Deepak Hooda, Krunal Pandya and Basil Thampi are among the uncapped Indian Players who are registered for the IPL 2018 Auction.