Few days remain before the start of the tenth season of Indian Premier League (IPL) and the players have started preparing for it in all their flair and glory.  But there are a few star players who are going to miss the entire tournament or some parts of it due to various reasons.  Injuries are an inevitable part of cricket, but there are other reasons too, personal and otherwise, why some of the players will be missing out on the tournament. Last year, we saw many replacements due to injuries. Kevin Pietersen, Faf du Plessis, Steve Smith, Mitchell Marsh and Lasith Malinga are some of the names that kept out. And Rising Pune Supergiants took the brunt of it being the most affected team. This IPL, some star players are out at the beginning of the tournament itself and some are going to miss it voluntarily.

Let’s see who all are going to miss the entire or partial tournament:

Virat Kohli was injured during the third test between India and Australia at Ranchi and was ruled out of the fourth test at Dharamsala. And he may miss couple of opening matches in the IPL tenth season. In the absence of Virat Kohli AB de Villiers will be captain as stated by Daniel Vettori.


"The likely scenario is that de Villiers will take over the duties but we'll answer that once we find out if Virat is out," Vettori said.

Quinton De Cock has a fractured finger sustained during the test match against New Zealand at Wellington and will be not able play the complete tournament. Rahul Dravid the Chief coach of Delhi Daredevils had said it is a big loss for the season.

But yes, Quinton is a big loss because he played so many games for us and was one of our main batsmen. We had built him up for this season, but this is how life is and you cannot do much about it, Dravid said. 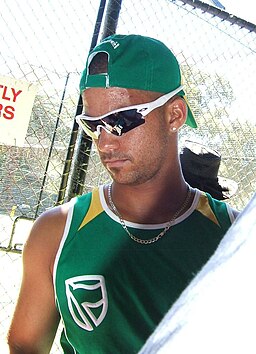 JP Duminy has backed out from IPL 2017 citing personal reasons. Absence of both Quinton De Cock and JP Duminy had brought imbalance to the Delhi Daredevils Team.
Rahul Dravid had raised concerned about the absence of the both key players.

"It is obviously a big blow when you lose big players like JP Duminy and Quinton De Kock. If these things happen before the auction, then it is easier because you can plan better. But then this is how it goes and you cannot help it. We do have talented players like Sam Billings and hopefully they can go up and perform," said Dravid.

Dwayne Bravo is suffering from the hamstring injury which he suffered during the Big Bash League and will be not able to play few initial matches of the upcoming IPL tournament.  Dwayne Bravo, Caribbean all-rounder plays for the Gujarat Lions. The owner of the Gujarat Lions franchise, Keshav Bansal said to cricbuzz


Dwayne Bravo was suffering from hamstring injury from past few months. We are expecting him to join us in India in 1st week of April. He may miss the initial couple of matches," said Keshav Bansal.

Australian Allrounder, Mitchell Marsh was ruled out during the ongoing test series against India due to shoulder injury. According to the Australian media report it may take as long as nine months to recovers. Mitchell Marsh is playing for the Rising Pune Supergiant and was not able to play for the team in the last season due to injury.