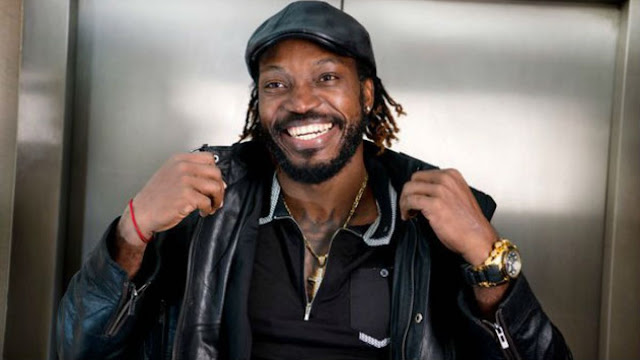 Chris Gayle is one of the most popular and well-known foreign cricketers in India. Often referred to as “the destructive batter” and “the universe boss”, the Jamaican superstar has always been a hot topic at the IPL auctions.

Chris Gayle is one of the most successful cricketers The West Indies has ever produced. This is supported by the fact that Chris Gayle has broken multiple records across several formats of the game, and he is the richest cricketer in his country and the ninth richest cricketer in the world. Gayle's net worth amounts to a whopping $25 million.

While Chris Gayle earned most of his net worth from his on-pitch cricket performances, Gayle is now retired from professional cricket, which means he has had to look elsewhere to make an income.

To this end, Chris Gayle has taken up the mantle of brand ambassador for several well known across the globe.

World-renowned vodka brand Smirnoff regularly collaborates with Gayle for their brand promotions. Some of Smirnoff’s most popular advertisements have featured Gayle. Their social media handles are also often trending with Gayle’s pictures and videos.

According to Gayle, he chose to endorse the brand due to his love for bartending. He was seen in Smirnoff’s high profile cocktail mixing event in Bengaluru as well. Gayle along with celebrity mixologist, Ami Shroff crafted interesting cocktails with everyday ingredients available in the refrigerator.

Smirnoff has hugely benefited from roping in Gayle as their brand ambassador. Their campaign called “Open Drinks with Gayle” was a huge hit on YouTube.

Agrani Homes, a Patna based real estate company named Chris Gayle as their brand ambassador in 2013. The real estate company is known for its first-class constructions and unique architecture choices in Bihar, Jharkhand and the National Capital Region.

Gayle’s association helped the real estate company grow exponentially due to Gayle being a recognisable and trusted image in India. Gayle has even been seen attending events and press conferences organised by the company’s Chief Managing Director, Alok Kumar.

Bengaluru based handset maker, WHAM! Mobiles joined hands with Chris Gayle to promote their smartphones, and feature phones and tablets in India. The brand leveraged Gayle’s popularity to pitch their affordable phones across the country.

In an interview, Gayle mentioned how elated he was to endorse the brand. He believed that the name of the brand WHAM! Personified his performance on the cricket pitch. Moreover, he could connect with the trendy products from WHAM! Mobiles.

Following the partnership between Gayle and WHAM! Mobiles, their user base has grown to more than 1 million customers.

Leading online cricket betting platform 10CRIC and Chris Gayle have partnered up on a two-year contract.

Gayle is the perfect brand ambassador for 10Cric, as they offer a betting platform primarily targeting the Indian cricket audience, which is a segment of people with that Chris Gayle is highly popular.

According to a 10Cric review found on MyBetting.in, the site enables betting enthusiasts in India to bet on all major and minor international and domestic cricket matches securely and legally. The site offers exclusive welcome offers, cricket promotions and odds for Indian players.

A spokesperson of 10CRIC mentioned that they were overjoyed that Chris Gayle chose to partner with them. The brand stands for victory and fun and Gayle is the perfect personification of the brand.