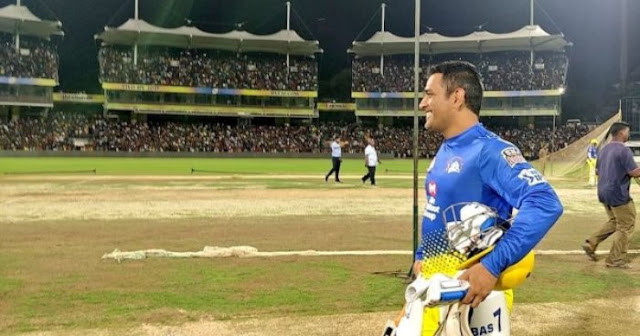 Chennai Super Kings (CSK) fans went berserk after seeing captain Mahendra Singh Dhoni in yellow at the Chepauk stadium seven months since he last graced the cricket pitch. CSK announced Dhoni’s arrival in Chennai on Twitter and the ‘Yellove Army’ have gone all out to show their love to Thala.

Dhoni was seen sweating it out in his first training session for the vivo IPL 2020 at the M Chinnaswamy Stadium.

During the practice session, the three-time IPL winning captain was welcomed by a huge roar from the CSK fans as Dhoni, who showed no signs of rustiness, prepares to launch a bid to claim the vivo IPL title for the fourth time.

First practice session of the season. Thala @msdhoni is back to his corner seat in the team bus!


Excitement levels in CSK fan groups have reached sky high since Dhoni set foot on Chennai soil. The decibel levels in the Whistle Podu Army too have gone up another notch.

With many speculating if Thala can still lead CSK to another title, the ‘Yellove Army’ are positive ‘Dhoni Khel Paega’.