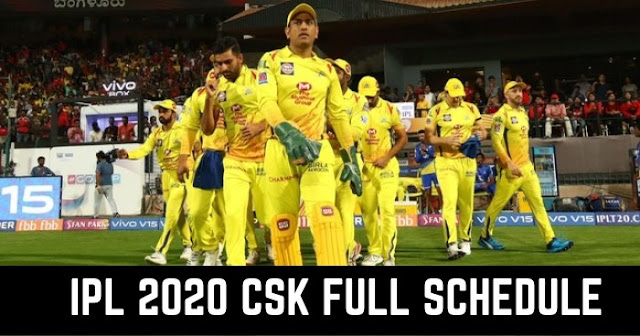 CSK's first match at their home ground, MA Chidambaram Stadium, is scheduled for April 2, 2020 against Rajasthan Royals (RR). The Mahendra Singh Dhoni-led team, under the umbrella of Stephen Fleming, will play their last match this season against Royal Challengers Bangalore (RCB) on May 14, 2010 at Bengaluru's M Chinnaswamy Stadium. CSK, just like other 8 teams, will play a total of 14 matches this season.