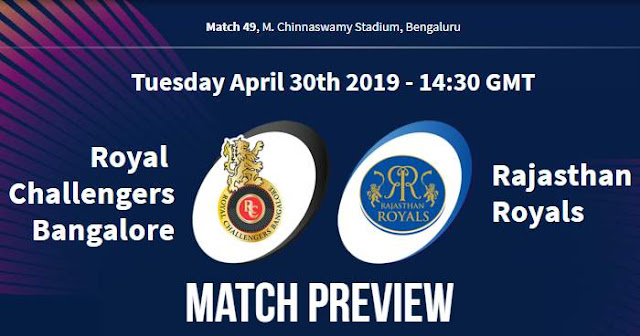 It will be a cloudy evening with chances of rain during the match. The temperature will be below 30°C and humidity will be above 85%.

Pitch looks a beautiful wicket to bat on. Nice even covering of grass. It is a six-hitting ground, the ball flies here. There are some cracks with even grass covering but the ball would come on nicely and it could be a batting-friendly pitch.

The only change Royal Challengers Bangalore will be making is to bring Tim Southee back in place of Shivam Dube.

Rajasthan Royals have no reason to tinker their playing XI as they are coming with a comfortable win against Sunrisers Hyderabad.