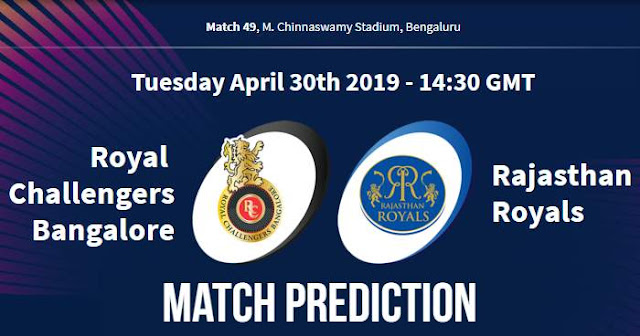 Better to chase because dew will be a factor later on in the night so the toss-winning captain would like to bowl first.

Currently, both teams have the chance to qualify for playoffs. Royal Challengers Bangalore are banking on the remote possibility of the fourth team qualifying with twelve points. As no team have ever qualified with 12 points till now but mathematically Royal Challengers Bangalore still have chances. RCB need to win both matches with great margins to improve their net run-rate and need other match results to go their way. Rajasthan Royals also need to win both matches and have to wait for other match results to go in their way.

Shreyas Gopal has taken nine wickets in three games against RCB at an average of 5.56. He was the Man of the Match in the last two matches between the two teams.

Rajasthan Royals have a poor record when they’ve batted first this season. Rajasthan Royals are the only team to have not won a match batting first this season and are winless in the four matches when they’ve had the opportunity of setting a target; won 5 of the 8 matches when batted second.
In our prediction, Royal Challengers Bangalore are likely to win this match.