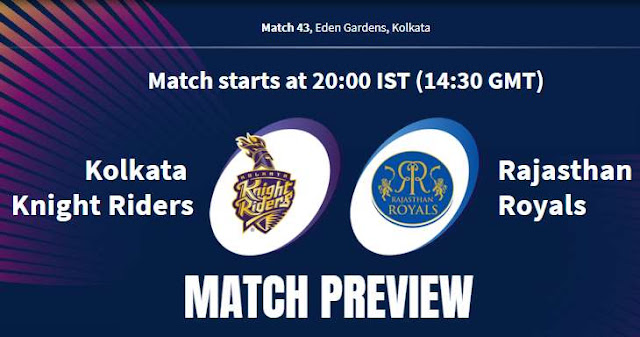 As far as weather is concerned it will hot and humid day; with temperature touching 37°C during the day. During match hours temperature will be below 30°C but humidity will be touching 80%.

This is probably one of the smallest grounds in IPL 2019. Most pace and bounce that you get in the entire country. 9.2 runs an over is the average score on this pitch this season. Expect lots of runs; set for some good new ball bowling and then some big hitting. The seamers can bowl around the good length area to make the most out of the conditions. It's a well-grassed track, hence there shouldn't be much spin on offer.

Kolkata Knight Riders will be making a couple of changes, bringing Kuldeep Yadav and Prasidh Krishna in place of KC Cariappa and Harry Gurney.

Rajasthan Royals would be bringing Liam Livingstone in place of Ashton Turner who had 5 ducks in this season including 3 golden duck.