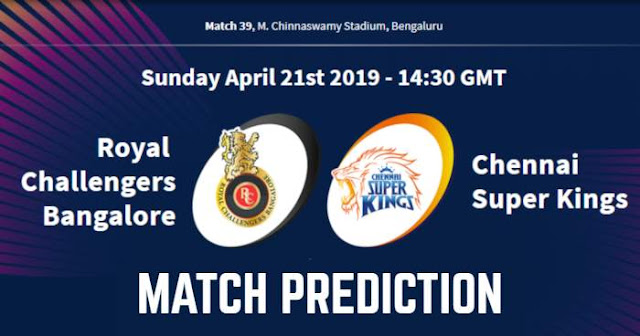 Looking at the dew coming in late, the toss-winning captain would like to bowl first.

Royal Challengers Bangalore are at the bottom of the points table with 4 points, winning 2 of the 9 matches. On the other hand, Chennai Super Kings are table topper with 14 points in 9 matches; 7 wins and 2 loss.

Royal Challengers Bangalore are coming with a win against Kings XI Punjab. RCB have won 2 matches of the last 3 played after losing 6 matches in a streak.  On the other hand, Chennai Super Kings are coming with a loss against Sunrisers Hyderabad.

Other than the 2009 season when the IPL was played in South Africa, this is the first time ever that RCB do not have a home win after playing 9 matches in a season.
In our prediction, Chennai Super Kings are likely to win this match.