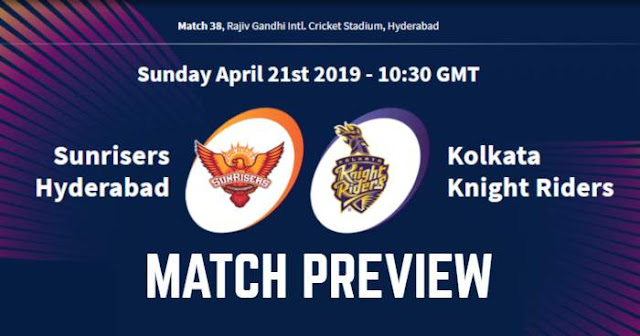 As far as weather is concerned,  it will be a hot day with the maximum temperature at 36°C but it will be less humid.

It's a balanced surface I suppose. There is a little bit of grass, but it's mostly dry. To be honest, there were a few cracks visible, so it should play slow one feels.

KKR and SRH had encounter twice in IPL Playoffs Eliminator (in 2016 and 2017), both won once. In Last 6 matches, Kolkata Knight Riders have won 4 of them and Sunrisers Hyderabad have won 2 matches. They have met three times in IPL 2018 and KKR won once and SRH won twice including in Qualifier 2.

In the last match between them in IPL 2019, Kolkata Knight Riders beat Sunrisers Hyderabad by 6 wickets.