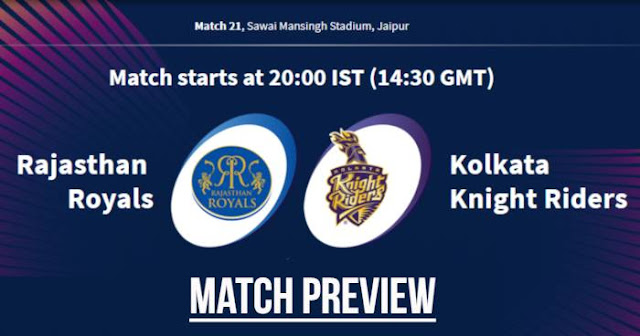 As far as weather is concerned, it will be a warm day with the temperature around 35°C during match hours.

The Sawai Mansingh stadium spins less than any other surfaces, there are some dry areas interspersed with grass. As we move along, the grass content is heavier. It will allow the ball to slide on nicely, should be some pace and bounce - this pitch will aid the faster men and you can score some runs as well.

Rajasthan Royals would bring Sanju Samson back into playing XI in place of Stuart Binny.

Kolkata Knight Riders are having great momentum and would like to play with same playing XI.