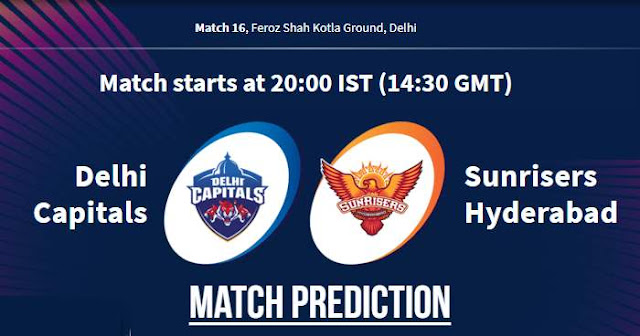 In this season, two match matches are played here at Feroz Shah Kotla; one ended in last over and other ended in a super over. Toss winning captain would like to bowl first as the expected dew should make batting easier in the second innings.

24 hours before the game, the pitch bore the usual barren look through previous IPL games have seen pitches with more grass; but a score above 180 will be good looking to the track record.

But they also have some concern against DC and for way matches. Sunrisers Hyderabad have won only one of their last six matches outside Hyderabad. Also, SRH lead bowler has a poor record against DC; have taken only 5 wickets in 13 matches at an average 74.2 and economy 7.73.