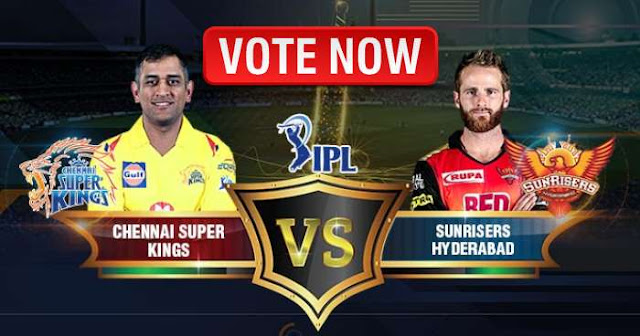 
Two-time IPL champions, Chennai Super Kings had made to the final after returning from two years ban; 2016 and 2017. Chennai Super Kings will be playing their 7th IPL Final of 9 participated seasons; CSK have qualified to playoffs in all the season they have played.

Check: Who Said What Ahead of IPL 2018 Finale: CSK vs SRH

This is the 6th IPL season for Sunrisers Hyderabad and will be playing their 2nd IPL Final after winning their first final in 2016. 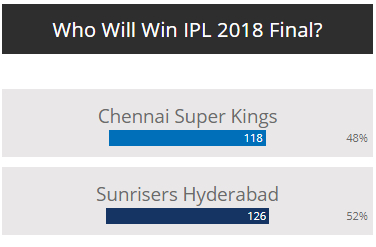 Who will be your favourite team in IPL 2018 Final; two time champions Chennai Super Kings or one-time champion Sunrisers Hyderabad.