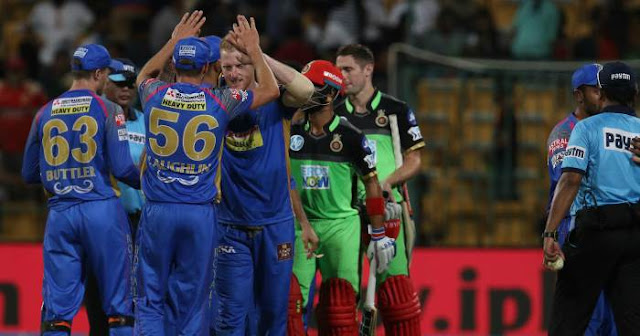 What else could possibly happen other than a rainfall of runs when two royal sides clash with each other? Now whether that forms an appositely described headline material for one of Sunday's double-headers on April 15  is not known. But that was the feeling you got as Chinnaswamy, home to sporadic and sudden bursts of the shower, produced some serious lashing of runs with meteorology not requiring to do a thing.


In a game dominated utterly by Sanju Samson, now the holder of the checkered orange cap in the IPL, it wasn't until the last ball was bowled by his Rajasthan Royals that victory was finally ensured in a literal run-fest at the Chinnaswamy, Bangalore.

That's the kind of stuff the IPL is known for, and that is exactly what is expected of the IPL- 45 balls 92- the fiery knock that gave Rajasthan Royals a scintillating first inning advantage over and above that of their Royal Challengers.

200 in an inning is a good score. But when the second team runs up two shies of 200, you know there's been some serious boundary bashing and six-hitting. 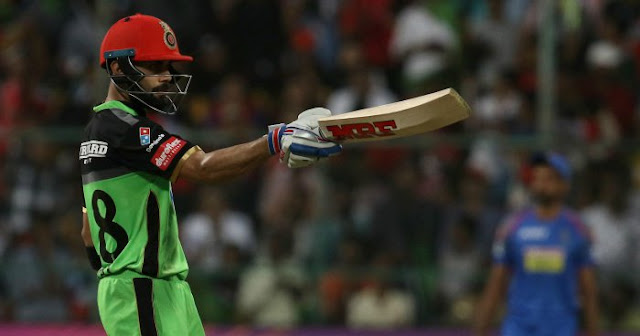 But toward the end of what may have been a nail-biting final ball finish, eventually requiring the chasers 20 off 1 did end with some hefty blitz. The Royal Challengers, even at the back of losing Kohli and De Villiers, found Mandeep Singh and Washington Sundar nearly pillaging their opponents successfully. But in the end, you had to say that losing out De Villiers inside two overs of losing Kohli and then Negi soon, thereafter, hurt Royal Challengers Bangalore's chances of a home triumph a little bit.


Rajasthan, on the other hand, wouldn't be too complaining and in fact, mighty relieved as the familiar sight of Ben Laughlin's slower off cutter to get Negi out plummeted Bangalore further, after having been stung by a perfect antidote through some spin brilliance of Shreyas Gopal.

The gentle, mild-mannered right arm leggie, who Sir Gavaskar aptly described as a fond reminder of the legend Anil Kumble stuck crucial blows of Kohli first up and the dangerman De Villiers, later. With the pillars of Bangalore's run construction thwarted, it was going to be Rajasthan Royals' game to lose and thankfully it wasn't to be the case.

But before the latter half of RCB- thanks to Mandeep Singh and Washington Sundar toned 82 runs including 7 boundaries and 4 sixes, the tempo of the match was set by Rajasthan Royals who compiled a mighty 217 run total.

At a time where skipper Ajinkya Rahane and ace all-rounder Ben Stokes have looked slightly lean in their batting contributions, it was heartening to see Sanju Samson emerge as their leading ball smasher and he did just that in compiling an inning stroked by massive hits to the fences and finely timed strokes.

Even as Rahane, once again failed to convert a breezy and quickfire start- 36 of 20 into something ominous- Samson picked up where others, including Stokes, left off.

But on a good day where everything seems to come together well for the winners, it ought to be said that Stokes' finest contribution was scalping a finely judged skier within inches of the deep mid wicket boundary in grabbing McCullum.

With two wins out of three, for now, it seems Rajasthan Royals have begun to exude the Midas touch.