Mumbai finally open their account with Rohit's fireworks at Wankhede 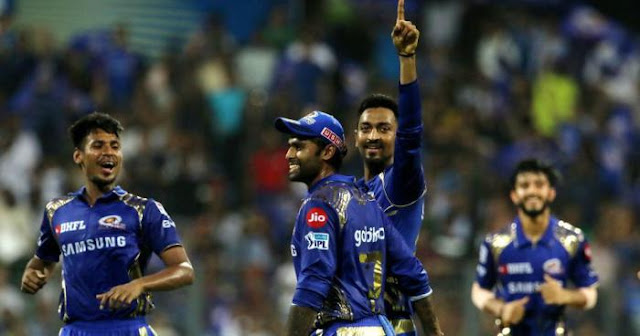 "Virat well done, let me ease the burden of the loss for you a little bit, here's the orange cap", exclaimed Danny Morrison in attempting to placate an aggrieved Virat Kohli who went down fighting with an unbeaten fifty in Mumbai's much-needed win versus Bangalore at Wankhede.

But what was both telling of the man and the situation he had been in was Virat's response as he confessed, "I don't feel like wearing it (orange cap)." Selfless and ruthless on his self as ever, despite striking a large chunk of his team's eventual total- 92 of 167- Kohli's disconsolation didn't stem from the fact that he played a lone hand as much of his team cracked under pressure.

Rather, you could feel it was from the realisation that this was RCB's second back-to-back loss which comfortably averted the chance of maintaining pressure over inarguably one of IPL's most dangerous sides.

And now that it has finally opened its account, time to reflect on just how well did Mumbai Indians made their game yesterday at the Wankhede.

In ultimately conjuring a mammoth 213, it didn't look honestly whether Mumbai Indians would look to cross even 150. How often have we seen the first two balls in an IPL contest resulting in ducks, followed by a sudden shift in momentum accentuating a formerly troubled team on the path of substantial scoring? 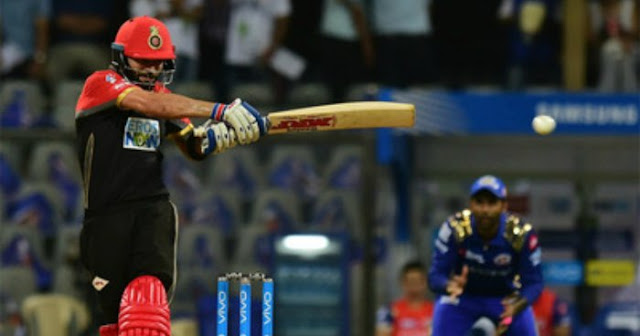 When Umesh Yadav- who's already demonstrated his brilliance in a 3-for vs King's XI- clean bowled Suryakumar Yadav and Ishan Kishan with his in-swinger, Wankhede- a hub of noise- was reduced to a state of deafening silence. RCB optimists had instantly made up their mind- you could say- that this was to be their evening. But from over number 2 to 12, the context of the game had been completely changed.

Mumbai Indians' new pick Evin Lewis, playing his first IPL tournament, did exactly what his predecessors failed to do: capitalise on bad balls and made soft spots go through, through sheer hammering of the bat. Giving Lewis company, the Trinidadian collecting his maiden IPL fifty was in-form Rohit Sharma who possibly struck among his most memorable fifties, a decisive 94 off just 52 and struck 5 mighty sixes.

During this time, RCB captain Virat tried pretty much everything he could but to no avail. A clearly lacklustre Chris Woakes was replaced with Siraj who was later replaced by Chahal until finally, newly resuscitated Corey Anderson was brought about. All bowlers were whipped out of the ground as if a child playing with a tiny toy, smashing it to the ground with mighty ease.

The Lewis-Rohit show continued long enough for RCB to undo all the good work that had been done by Umesh Yadav as even Washington Sundar and frontline spinner Chahal struggled for turn and consistency. The final five producing 65, thanks to a mini Hardik Pandya storm- 17 off 5, with 2 sixes- saw Mumbai put up an unbelievably good 213.

In being asked to chase a grizzly score, RCB got off to a mediocre start finding an already struggling de Kock open with Kohli, who as the match turned out, rightly promoted himself as the other opener. It wasn't long before de Kock, dancing down to slash hard at a McCLenaghan delivery found his stumps uprooted for 19. Next man- danger-man- De Villiers lasted 2 balls, another RCB batsman losing focus quickly, this time dancing down the track to a very ordinary delivery in holding out to deep square leg, comfortably inside the boundary.

By that time- and ironically so- Kohli, being in a very Rohit Sharma like state of predicament backed himself to bat long and well into the end. Even as he found gaps with chirpy enthusiasm and stroked breezy boundaries toward square and mid-on, the very valiant Virat Kohli kept losing batsmen at the other end.

In the end, the final 6 ball were his final chance at clubbing some massive missiles into the meaty Wankhede stands, in a bid to curtail the margin of defeat. What mattered more- if you were an RCB fan- was that Kohli tried his best and struck arguably his most thundering fifty, if not the most effective. As Markande picked up Sarfraz Khan- such a disappointment this season- Hardik Pandya was effectively brilliant in increasing Kohli's woes in removing the middle-order.

That said, having conceded three defeats from four, once again at par with Mumbai, who only just opened the accounts, Kohli's vanquished team will have to come with something spectacularly different and telling to reverse their waning fortunes as the tournament takes next steps toward its second leg.