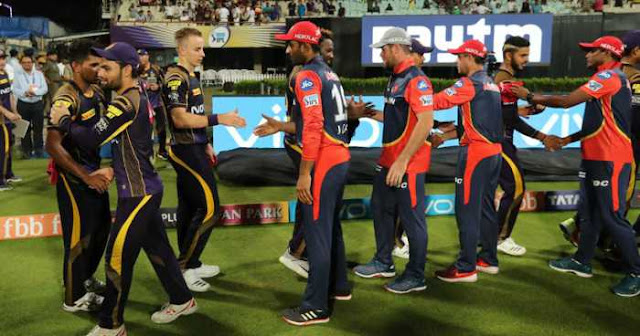 When was the last time that you saw an IPL team going at 2 an over by the 3rd over mark having already lost a wicket, putting 200 eventually on the scoreboard? But then, Kolkata Knight Riders aren't any other team.


It may have looked easy, it may have been comfortable at the end, but Kolkata Knight Riders worked hard to produce an absolute team-effort to swat aside Delhi Daredevils with absolute disdain in their 71-run triumph at front of besotted fans at the Eden Gardens.

In what became the third successive match in IPL 2018 where the team batting first won, Kolkata Knight Riders continued the trend with comfort in drubbing Delhi who prior to their third loss stared Kolkata in the eye having lost as many games as their hosts.

But credit must be given to Dinesh Karthik's side in overcoming early jolt, having lost Sunil Narine in only the 3rd over but having some excellent repair-work done by the likes of Lynn, Uthappa, Rana and Russell whose combined heroics spiked the fortunes of one of IPL's most mercurial sides.


On one end, while the likes of Boult and Morris continued stacking wickets- two apiece for the Kiwi and Protean respectively- although the latter went for 10 an over, it took some incredible hitting from the capricious Jamaican from overs 14-18 to lift Kolkata to 117 to 178 in a matter of few deliveries. 6 half-a-dozen were fired from Russell's blade as if scud missiles were being thudded to reduce a village to rubble, with Nitish Rana having set the tempo for a big score early on in his season-best 59 off just 35. 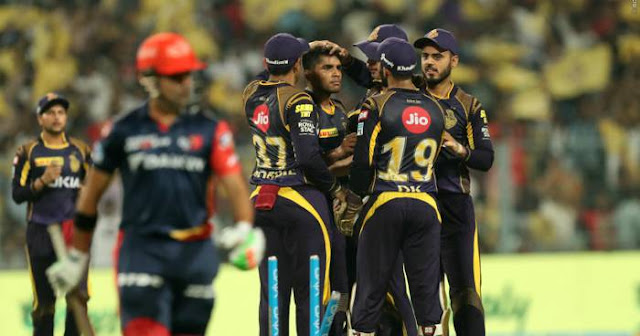 Never an easy task to chase 201 off just 20, Delhi, who should've had burst into a fiery attack from the ball go got off to a nightmare start. From 4-1 in the first over, losing previous game's hero Roy to a brilliantly turning delivery from Chawla to being 13-2 in the very next over with Gambhir playing on to a fuller one from newcomer Mavi to finally being 24-3 in the 3rd, losing Iyer to a strategically placed first slip, Delhi were devoid of any Daredevilry when it was most needed.

Never seeming comfortable from being wiped off of their top order, Daredevils sought refuge in some big hits from Maxwell and Pant, both of whom provided momentary entertainment in dazzling cameos that weren't enough with Kuldeep Yadav claiming a dream spell of 32-3, having the pleasure to scalp the final wicket of Boult.

But Yadav the Chinaman wasn't alone with the wickets, he was well accompanied by Sunil Narine's mystery spinners who scalped three including the key wickets of dangermen Morris and Vijay Shankar as in the end, chasing 201 was never on the cards having lost the key services of their frontline talents.