IPL 2018: CSK will not play home matches in Chennai 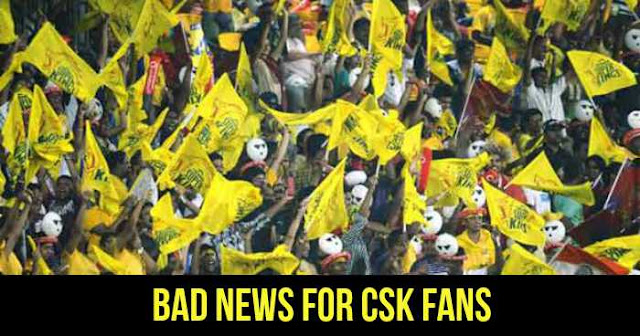 Homes matches of Chennai Super Kings in the 11th season of Indian Premier League (IPL 2018) are moved out of Chennai due to security issues due to the volatile political situation in Tamil Nadu over the Cauvery water dispute, confirmed by IPL chairman Rajeev Shukla.


We are moving all matches out of Chennai. A final decision will be announced soon. The most likely venue will be Pune,

Shukla told reporters in Jaipur, at the Rajasthan Royals vs Delhi Daredevils match.

Committee of Administrator (CoA) Vinod Rai confirmed that the prevailing situation has forced to explore option and BCCI have given four choices to CSK franchise to select the venue. Venues are Visakhapatnam, Trivandrum, Pune and Rajkot. While Visakhapatnam is leading this race but according to Rajiv Shukla, Pune is most likely the venue.


We are thinking on the lines of shifting the IPL matches from Chennai. There are four alternative venues that BCCI has kept ready. They are Visakhapatnam, Trivandrum, Pune and Rajkot. CSK can play their matches at these venues,

An SCA spokesman told The Hindu


We have to keep in mind the prevailing political and security situation in the state. But we have told the CSK franchise to evaluate the current situation and take a final call in this regard. It will be CSK's decision,

Ticket sales for CSK's next scheduled home game, against Rajasthan Royals on April 20, were put on hold on Wednesday.