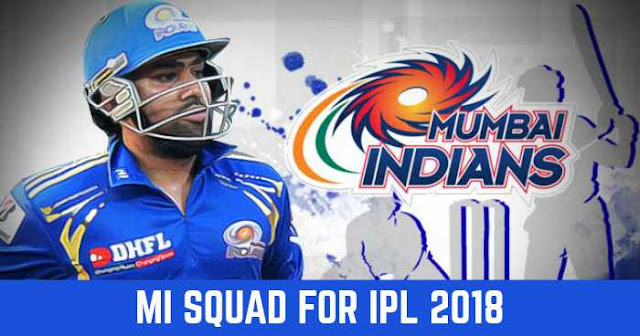 The Defending champions of Indian Premier League (IPL), Mumbai Indians, were also able to retain their core. Mumbai Indians (MI) retained their skipper Rohit Sharma, Indian all-rounder Hardik Pandya and Indian pacer Jasprit Bumrah before the auction. After winning the IPL title in 2017, they were looking for the young team at IPL 2018 Auction.

Mumbai Indians had selected a total of 25 players, out of which 17 are Indian players and 8 are overseas players. Complete player list or team squad of Mumbai Indians (MI) for Indian Premier League (IPL) 2018 is given below: