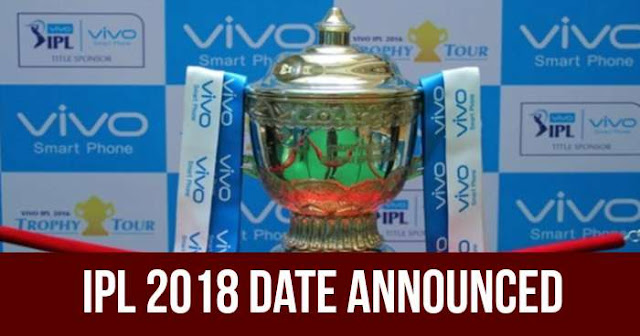 Dates for the 11th season of Indian Premier League (IPL 2018) have been announced by the IPL Governing Council. IPL 2018 is going to start from April 7 and final will be played on May 27. Both opening and final match will be played at Wankhede Stadium, Mumbai. And the opening ceremony will be held in Mumbai on April 6.


IPL 11 to begin on 6th April 2018 with opening ceremony in Mumbai and first match on 7th April in Mumbai, the final on 27th May will also be in Mumbai 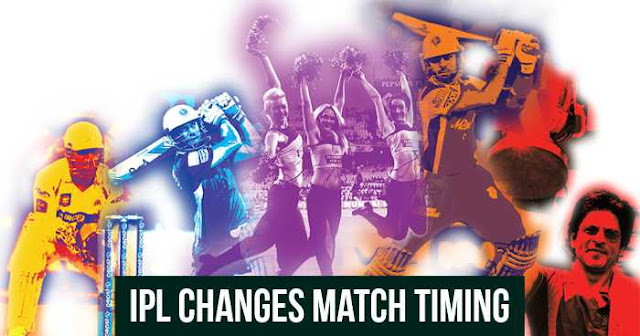 Match timing is also changed which by suggest by the broadcaster Star Sports and is approved by the IPL Governing Council. The 8 pm match will start from 7 pm and 4 pm will start from 5:30 pm.


The broadcaster has requested for the change in match timings. By and large, the GC has accepted it. It gets too late in the night if the game starts at 8 pm. As far as the doubleheaders on weekends are concerned. The 4 pm game will now be played at 5.30 pm. There will be an overlap but the broadcaster says it has enough channels to show the games simultaneously

Kings XI Punjab will play its four home matches at Mohali and the other three at Indore.
The venue for the home matches of Rajasthan Royal will be finalised after the Rajasthan High Court's hearing on January 24.

The matter is in court. I think on 24th (Wednesday), the court may dispose of the matter. We are waiting for that. Preference will be given to Jaipur if the stadium is ready and court clears RCA's status. If that doesn't happen, the alternate venue will be Pune

Sourav Ganguly is also an IPL GC member but was unable to attend the meeting.