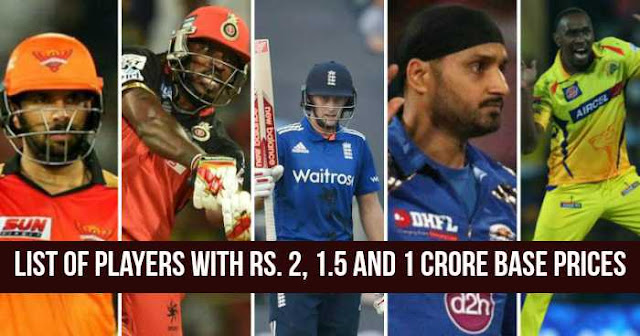 Auction of the 11th season of Indian Premier League (IPL 2018) is to be held on 27 and 28 January. As reported earlier a total of 1122 players have signed up for IPL 2018 Auction out of which 281 are capped players and 838 uncapped players which include 778 Indian players and 3 players from the Associate nations.  The Board of Control for Cricket in India (BCCI) has sent the list to the eight franchises.