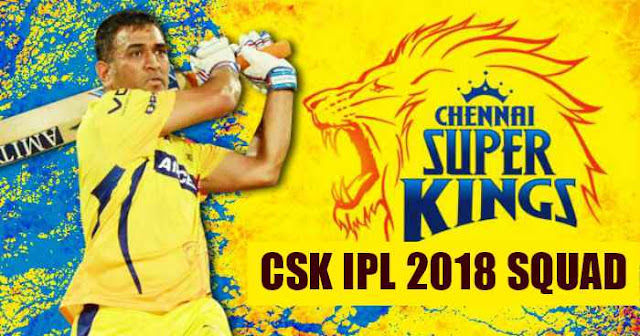 
Surprisingly, the team was unable to bring local boy Ravichandran Ashwin back to the team. As RTM was not available to CSK for Indian players, Ashwin was bought by Kings XI Punjab (KXIP) for Rs 7.6 crores. After losing Ashwin team went on to buy Harbhajan Singh Rs 2 crores.

Chennai Super Kings had selected a total of 25 players, out of which 17 are Indian players and 8 are overseas players. Complete player list or team squad of Chennai Super Kings (CSK) for Indian Premier League (IPL) 2018 is given below: