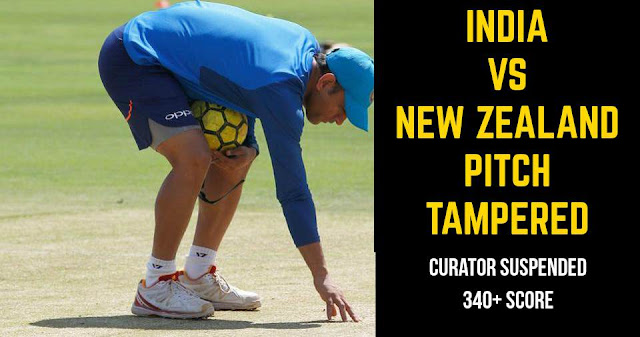 
I am here to just make one statement because since morning there has been some news which is appearing on the television on a very disturbing subject. I have to tell that the MCA, of course, the BCCI too, along with the Committee of the Administrators (CoA) have zero tolerance on such subjects, so MCA will be making a detailed inquiry on what has happened or what has appeared on television. But before we have our urgent meeting, in the capacity of the MCA President, I have taken Mr. Salgaonkar under suspension with immediate effect, and all his work has been withdrawn, including his basic membership with the MCA has been withdrawn. The ICC observer has approved the pitch, the match will start on schedule.


In the sting operation video, it is said that curator and the reporter are discussing the pitch details such as bounce on the wicket, helpful for a particular player and high scoring game. The curator is also seen saying that 340+ is an easy score. All the details are discussed which are in favor of bookies. According to the ICC and BCCI rules reporters are not allowed to visit the pitch.