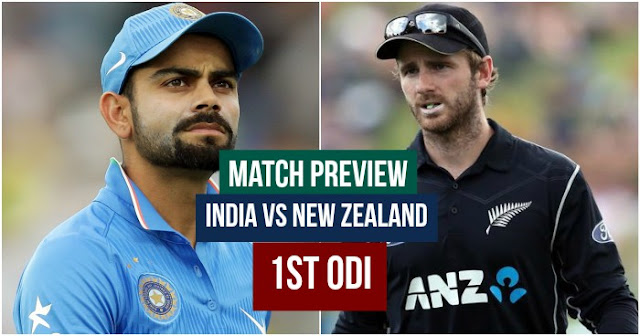 The 1st One Day International match of the series between India and New Zealand will be played at Wankhede Stadium, Mumbai on 22nd October. Being the day-night match and high humidity in the evening team winning the toss would like to bowl first. New Zealand had played two ODIs at Wankhede and had the 1-1 win to the loss.  This will be also the 200th ODI match for Virat Kohli.

India is coming with the win of 4-1 against Australia and is high on the confidence level. India’s bowling is looking settled more than the batting. Yuzvendra Chahal, Kuldeep Yadav, Jasprit Bumrah and Bhuvneshwar Kumar have been a good bowling unit along with all-rounder Hardik Pandya. Jasprit Bumrah and Bhuvneshwar Kumar are good to open the attacks against Kiwis. Kuldeep Yadav was the leading wicket-taker for India against Australia in the last series. While he was followed by Yuzvendra Chahal in the leading wicket-takers list. Shardul Kumar is also included in the squad.

In the batting line-up, Shikhar Dhawan has been included in the squad after missing the ODI series against Australia. It will be good to see if Virat Kohli goes with Ajinkya Rahane who was good against Australia or he will go back to Shikhar Dhawan for the opening. Or Ajinkya Rahane is drop down the order but who will be replaced is tricky to tell with the inclusion of Dinesh Karthik in the squad. Manish Pandey or Dinesh Karthik will be one more choice to make.

Last time when New Zealand visited India was in September last year for 3 Tests and 5 ODIs; in which New Zealand lost the ODI series by 2-3. New Zealand will mainly rely on their pace bowlers Trent Boult and Tim Southee. Colin de Grandhomme and Martin Guptill will open for New Zealand but Martin Guptill doesn’t have an impressive record in India.

Where to Watch 1st ODI India vs New Zealand 2017 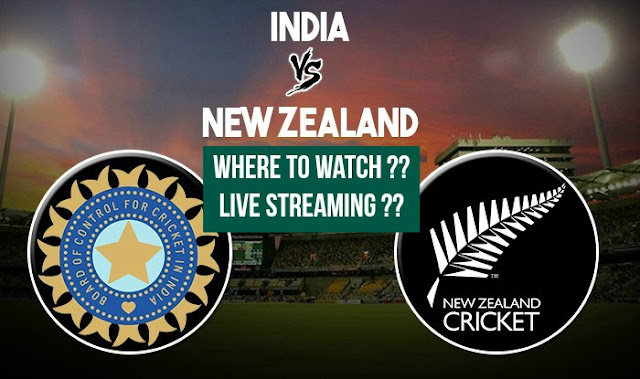