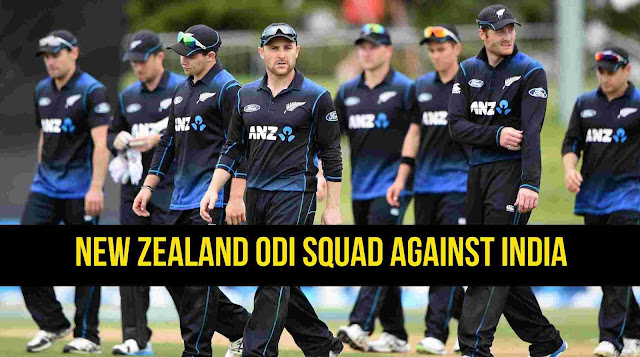 The reason for announcing 9 players and the remaining six from the New Zealand A team is the experience of playing in India. After the ICC Champions Trophy major changes have taken places in the team and lack the player who has experience in India, so decided to pick up the players from the New Zealand A team who is playing currently in India and have experience with the soil. After ICC Champions Trophy 2017, Jeetan Patel and Luke Ronchi had retired. While Mitchell McClenaghan has opted out of national team contract for playing T20 leagues and Corey Andreson is surfing from back pain.

The team will be playing under the captaincy of Kane Williamson and Tom Latham will be wicket-keeper, who is not a specialist but desired to keep and also New Zealand lacks one.