England vs Australia: Schedule for The Ashes in Australia 2017-18 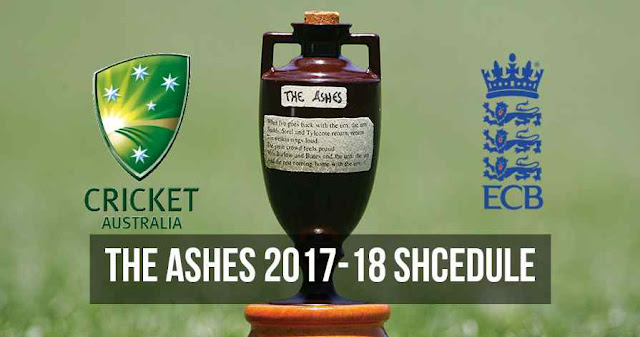 The 5 Test match The Ashes series between England and Australia will be played between 23 November 2017 and 8 January 2018 in Australia. The matches will be played at Brisbane, Adelaide, Perth, Melbourne, and Sydney. Adelaide Oval, Adelaide will host the first day-night match of The Ashes; which will be the second match of the series.

Series will be broadcasted on Nine Network in Australia and on BT Sports in the United Kingdom.