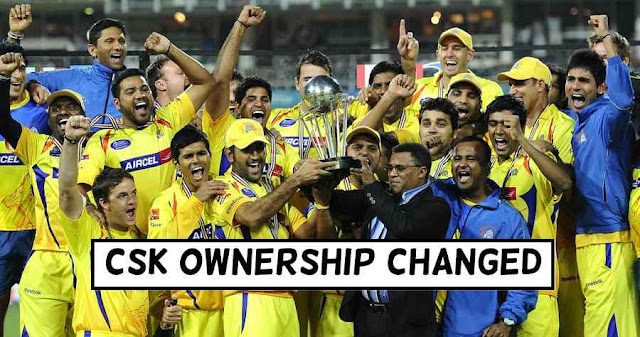 India Cements has transferred the share of Chennai Spur kings to the shareholders of India Cements with Chennai Super Kings valued at the low price of Rs 50 lakhs according to the document. The Board of Control for Cricket in India (BCCI) will have a huge loss as valuing the franchise low at Rs 50 lakh will reduce the transferring fee of BCCI. As BCCI gets the 10% of the money when the franchise ownership is changed.

IPL Governing Committee (GC) will investigate the CSK transfer, which is looking suspicious. Also, IPL GC member told that it will be looked by the legal department.

This issue related to CSK has been referred to our legal team. We will wait for their advice.

CSK is making the return with Rajasthan Royals to the IPL after suspension of two years (2016-2017). Rajasthan Royals has changed their name to Royals. Royal and CSK were suspended after IPL 2015 in 2015 and will e making comeback in IPL 2018. The suspension was due to suspicious betting activity by the owners of CSK and Royals, Gurunath Meiyappan, the Team Principal at CSK and Raj Kundra. Gurunath Meiyappan is the son-in-law of N Srinivasan, who was the owner of CSK at that time.