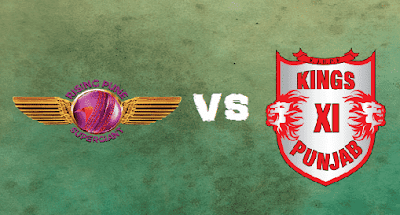 Maharashtra Cricket Association Stadium, Pune will host the 55th Match of Indian Premier League (IPL) 2017 which will be played between Rising Pune Supergiant (RPS) and Kings XI Punjab (KXIP) on 14th May. Being a 4 pm game, captains will like to bat first to avoid the heat and high scoring match can be seen on this wicket.


After Sunrisers Hyderabad wining the match against Gujarat Lions, Rising Pune Supergiant had to win the match to qualify for the playoffs or the match end on a tie or no result. RPS are with 16 points in their 14 matches and Kings XI Punjab are with 14 points in 13 matches. But RPS is with -0.083 Net Run Rate and KXIP with +0.296 Net Run Rate; this makes RPS to win the game to qualify for the RPS. This will be the do or die game for both Rising Pune Supergiant and Kings XI Punjab. RPS had lost their last match against Delhi Daredevils but RPS are in great momentum that made them to win seven matches of last nine. RPS had won four matches at Pune out of six played in this edition of IPL. Adam Zampa can be seen in playing XI as Imran Tahir had left to join national team for England tour and other than that RPS will not like to tickle the combination.

Kings XI Punjab was in and out with their performance this season. Starting the tournament with two consecutive wins lost its track in the middle and were back at the end of the tournament with four wins in their last five matches. In fact were able to pull back last two thrilling do or die matches and has to do once more to be in playoffs. Kings XI Punjab are likely to play with the same combination.


Head to Head: RPS vs KXIP

Man of the Match: Jaydev Unadkat