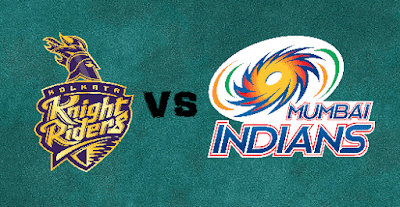 54th Match of Indian Premier League (IPL) 2017 will be played between Kolkata Knight Riders (KKR) and Mumbai Indians (MI) at Eden Gardens, Kolkata on 13th May. Dew will be important factor during toss; captains will like to chase. Rain can be seen in the day otherwise match time will have clear sky.


Kolkata Knight Riders are currently at the second position in the points table and are in the safe position to qualify for the playoffs. KKR had lost three out of last four games, this win will assure confirm place in the playoffs. KKR had lost their game against Kings XI Punjab where KKR were not able to chase the par score. KKR had won four out of six games at Eden Garden this season and will like to finish with a win and be in top 2 of the points table. KKR will not try to tickle there playing XI combination.

Mumbai Indians, sitting at the top of the table is the first one and till now only one to confirm qualify for the playoffs. But now concerns are raised in the MI camp as they had lost last two consecutive matches. They would be looking to win the match and get back their winning momentum and continue further in the tournament. MI will have nothing to lose anything in this match but will surely gain mental strength after winning it. MI is the only one to make least changes in their playing IX, will surely like to continue with same combination.


Head to Head: KKR vs MI

KKR and MI met 19 times in IPL history; MI had 14 wins over KKR and KKR had 5 wins over MI. At Eden Garden, MI had defeated 5 times out of 7 games played here whereas KKR had done only 2 times. Last time when they had encountered in IPL 2017 MI had won the match by 4 wickets.

Man of the Match: Ambati Rayudu