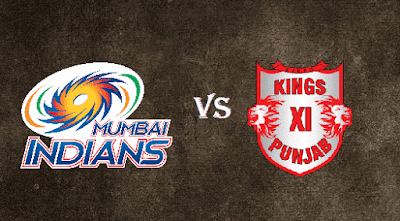 51st Match of Indian Premier League (IPL) 2017 will be played between Mumbai Indians (MI) and Kings XI Punjab (KXIP) at Wankhede Stadium, Mumbai on 11th May. High scoring match can be seen and dew factor will come into consideration so team winning toss will like to chase.


Mumbai Indians is at the top of the points table with 18 points in 12 matches played. They had more likely to finish on the top spot but they will definitely get the top 2; this will give them two chances to qualify for the final. Winning this match will secure their top place. Mumbai Indians had to the best combination and good replacement also. Although they had lost their previous match against Sunrisers Hyderabad by 7 wickets they will be confident of their performance so far in the tournament. Rohit Sharma is back in the form, as seen in last match where he scored 67 of 45 balls. Jos Buttler will be leaving for joining England team for ODI matches against South Africa; MI had found Lendl Simmons as his replacement. Krunal Pandya has missed the last match, will miss this match also due to hip injury despite of practising in nets as Mitchell McClenaghan said “Probably better not to take a risk." So we can see unchanged playing XI for Mumbai Indians.

Kings XI Punjab has to win all the matches to have chances to qualify for the playoffs; who is currently at the 5th position with 12 points in 12 matches. KXIP managed to win the thrilling match against Kolkata Knight Riders with 14 runs; they had to pull off two more matches to have chances to be in top four of points table. Playing XI can see few changes as Swapnil Singh and Matt Henry were expensive and bowled at an economy of 9.5 and 10.33. Matt Henry can be replaced by West Indies all-rounder Darren Sammy.


Head to Head: MI vs KXIP

Man of the Match: Wriddhiman Saha