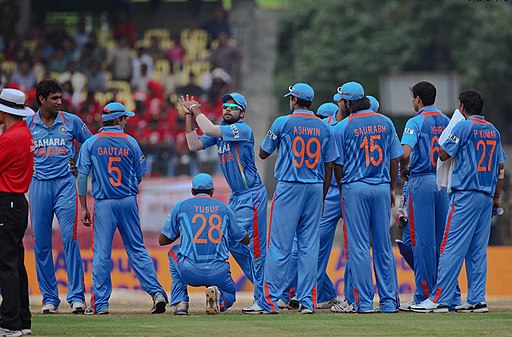 Board of Control for Cricket in India (BCCI) had announced 15-man team for ICC Champions Trophy 2017 to be held in England and Wales in June. Virat Kholi will lead the team and Mahendra Singh Dhoni will be the wicket keeper. No new face or surprises are not in the list. Squad has to be announced till April 25 but delay was delayed after the threat by India to pull out from Champions Trophy due to the dispute between BCCI and ICC over revenue and governance model of the ICC.

Rohit Sharma and Mohammad Shami made come back to the team other than that the team remains same as the team played three ODIs against the England in this January.

"We definitely considered the name of Kuldeep. He would have been a surprise package but whether we would have played with two spinners is a question. Since Yuvraj and Kedar can bowl spin, he narrowly missed out," chief selector MSK Prasad explained.


Guatam Gambhir , Suresh Raina and Robin Uthappa cannot make to the team despite of performing well in the tenth season of Indian Premier League. In explanation to this Prasad explained that one year performances and the English condition is kept into account while selecting the team.


"We respect IPL but in the longer format, we have to also consider the English conditions that we are playing in. Not just IPL but one needs to take into account the performance of last one year also in such a big tournament," Prasad said.


"May be one place here and there. But this is the best side."


India will play two warm-up matches against New Zealand (28th May) and Bangladesh (30th May) before opening the tournament against Pakistan on 4th June.