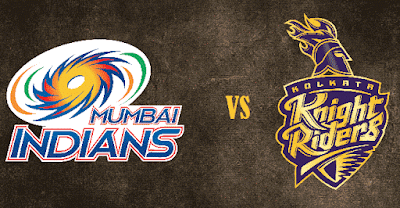 7th Match of the Indian Premier League (IPL) 2017 will be played at Wankhede Stadium, Mumbai between the home team Mumbai Indians (MI) and the guest team Kolkata Knight Riders (KKR) on 9th April, 2017. This will be the first match of the season at Wankhede Stadium and an Opening Ceremony will be organised before the match.


Mumbai Indians had lost its first match against Rising Pune Supergaint at Pune. Mumbai Indians were not able to pick up wickets of Steve Smith, and Ajinkya Rahane did all the damage. Mumbai Indians just need a right bowling line up, as batsmen did well in posting a brave total of 184 runs against Rising Pune Supergiant. There are chances of Harbhajan Singh being included in the side. Ambati Rayudu will not play, due to injury that happened during the last match against RPS.

Kolkata Knight Riders had defeated Gujarat Lions in their first match of the tournament and they cannot have a better start than this, wining the match with 10 wickets, while chasing a challenging 183. Lynn and Captain Gambhir are in great form. But the team may be a little concerned about the bowlers. Trent Boult and Chris Woakes conceded maximum runs from the team at the economy of 10+.


Head to Head: MI vs KKR

Man of the Match: Nitish Rana