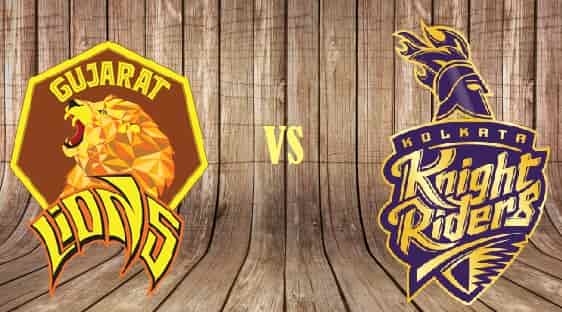 The tenth season of Indian Premier League (IPL) has begun and the 3rd match of the tournament is to be played between home team Gujarat Lions (GL) and Kolkata Knight Riders (KKR) on Friday, 7th April at Saurashtra Cricket Association (SCA) Stadium in Rajkot. This will be the first game for both the teams in IPL 2017.

IPL 2017 is Gujarat Lions' second season in the tournament and they will most certainly want to repeat their performance of last year in league stages and secure the first place in the points table once again in order to qualify  for the playoffs. Last year, to their utter disappointment, they lost both the qualifiers in playoffs round and were subsequently thrown out of the tournament. It is going to be difficult for the team after losing two key all-rounders Ravindra Jadega and Dwayne Bravo in the initial matches. BCCI medical team has advised two weeks rest for Jadeja and Bravo, and they will hopefully be fit around 20th April as stated by Gujarat Lions coach, Brad Hodge.


On the other hand, two time champions KKR will be playing under the charismatic captaincy of Gautam Gambhir. Last year, KKR qualified for the playoffs but was eliminated in the eliminator round after losing out to Sunrisers Hyderabad. There aren't many significant changes in the team but the West Indies big-hitting all-rounder, Andrew Russel will certainly be missed, as he has been banned by Jamaica Anti-Doping Commission (JADCO) from cricket for one year due to doping code violation.

Head to Head GL vs KKR

They have had two encounters in the past, both of them in the last season of IPL. GL won both the matches comfortably, chasing and wining with 5 and 6 wickets respectively.