Lest We Forget Gautam Gambhir: The Unsung Hero

Sometimes matches played or runs scored are considered synonymous to experience, but in real life it holds little to no relevance. As it is said calm sea never made a skilled sailor, likewise the mettle of a good player is proven only when the odds are against him. Cricket is an engrossing game and in India fans expect players to live up to the challenge. For history speaks in volumes about the heroes’ who rose up to the occasion and didn’t let pressure get the better of them. Gautam Gambhir is one of the most underrated and uncelebrated cricketers’ of all time; Let us have a look into his decorated career and how he anchored Indian cricket out of troubled waters. 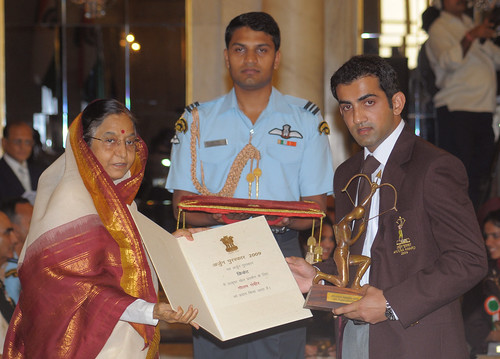 A team in any sports irrespective of how good players it has or how many matches it has won, it is known by the number of major trophies racked up in the trophy cabinet. Indian cricket has come of age in these past two decades; where the Indian team wasn’t just known by the few prolific players but as a sum of individuals who stood non-complaint to surrendering under pressure. Can we imagine Indian cricket as prosperous as it stands today without 2007 T20 World Cup and 2011 ODI World Cup? Obviously not, would it be considered a success had Indian team lost in the finals? Definitely NO! This is where Gauti’s presence is of paramount importance. As an Indian you can never think of losing to Pakistan, be it on the battlefield or the turf. The match where everything was on stake, it seemed like Indian team would play into the hands of Pakistan counterparts with Yusuf Pathan and Uthappa back in the hut cheaply. Then batted the knight Gambhir and my word, he batted like a man possessed; single-handedly took the Indian score to a fighting total. The contribution (75) was so significant that the second highest score (30) was less than the half of what Gambhir scored, what happened next is history. As Dr. Kalam said, “Don’t take rest after your first victory because if you fail in second, more Lips are waiting to say that your first victory was just luck” and so came the next big occasion ODI WC 2011 and Gauti proved that his dedication was insurmountable. India in neck deep of trouble after Sachin and Sehwag back in the pavilion found the messiah in Gauti who resurrected the Indian innings. He was dismissed for 97 but he had already set the tone for what followed and rest is chronicle.

As a matter of fact neither his valor was rewarded nor credited to him. It is characteristic of the man neither to complain nor he would ever claim any rewards; for this is the player who had the audacity to share his man of the match with Virat Kohli yet down to earth with his attitude. Maybe he has lost his position in current Indian team but the form he is exhibiting is formidable and exemplary and you never know he might still make a fairytale comeback.

Aye! Wine and Gautam Gambhir… the older, the better.