This Things will Happen First Time in IPL 2017


Indian Premier League (IPL) is going to be a decade old, starting from 2008; it will be completing its tenth season in 2017. IPL 2017 is starting on April 5, at Rajiv Gandhi International Cricket Stadium, Hyderabad with the match between Sunrisers Hyderabad and Royal Challengers Bangalore. With the start of IPL 2017, there will be some things which will happen first time in IPL history. Let’s take a look at some of the facts:

1. MS Dhoni not a captain 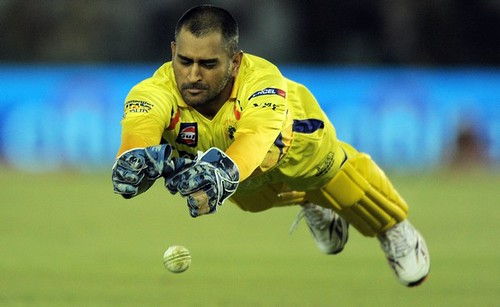 2. Afghanistan player to debut in IPL

First time Afghan player will be participating in IPL. Two players, Mohammad Nabi, an all-rounder and Rashid Khan, a leg-spinner will be playing for Sunrisers Hyderabad in IPL 2017.

3. Opening Ceremony in all Franchise City

IPL 2017 opening ceremony will be organised at all 8 franchise city as stated by Board of Control for Cricket in India (BCCI). And the grand opening will be held at Rajiv Gandhi International Cricket Stadium, Hyderabad on 5th April 2017 on the day of the first match of IPL 2017 between Sunrisers Hyderabad (SRH) and Royal Challengers Bangalore (RCB). And also every opening ceremony will be organised on the first home match of the every team.


4. No Mumbai Indians or Kolkata Knight Riders in Opening Match

First time in IPL history, nor the Mumbai Indians or the Kolkata Knight Riders will be participating in opening match of the tournament. IPL 2017 opening match is played between Sunrisers Hyderabad and Royal Challengers Bangalore. Earlier in all the season either of the two was playing the opening match.

5. Winner and Runner –Up in Openning Match of the Season

First time the Winner and Runner-up of the previous season will be playing in the opening match. Earlier either the champions or the runner-up were playing the first match.