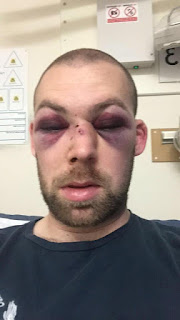 An amature England cricketer was practising in nets when the ball hit him in the face and broke 15 bones. He is a bowler and was bowling when this incident happened.

Alex Tait, playing at Bradford Premier League for Lightcliffe Cricket Club, was bowling in the nets and the cricket ball hit back at him very hard. The ball hit so hard at the face that 15 face bones had fractured, including his skull, nose forehead, cheekbones and both eye sockets. 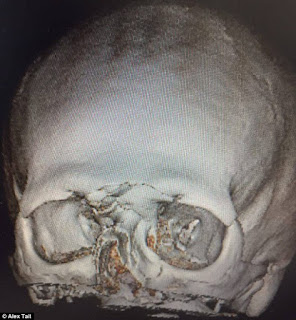 "I saw the ball coming back very quickly and the next minute it just struck me on the head hard, very hard. It was an awful feeling and I knew straight away I was in trouble." Alex told Pitchero.

"I have played cricket and football all my life as a junior, I have been hit with numerous injuries needing operations but this is the straw that broke the camel's back and I now have to retire from both sports that I love."


When he was bowling he didn't see the bowl coming. He was immediately taken to the hospital. This incident took place on 13th February, 2017 and 10 days later he was informed that he had to go through number of operation from ear to ear. this operation include to cut from ear to ear, roll back the facial skin and insert metal plates behind the forehead. Then operations of eyes and nose and as he also have to visit neurosurgeon to see the damage of the brain..

A Just giving  page have been made to financially help him, where England Captain Joe Root had also made donation.

On the campaign, Tait added: 'I am truly touched by the response from friends, family and the cricket community.'